Bringing together partners with a shared agenda to transform education, work and entrepreneurial outcomes for young people

NIAMEY (Niger), 31 August 2021 - On the initiative of AfriYan Network and Generation Unlimited, with the support of the United Nations in Niger, a high-level panel on "youth empowerment, employment opportunities, financing and partnerships" was held in Niamey, bringing young people together with government, social partners, the private sector and a range of international and local organizations.

The panel aims to bring together partners from different sectors with a shared agenda to forge innovative collaborations with young people and transform education, work and entrepreneurial outcomes for young people. The initiative seeks to foster new approaches towards addressing the multifaceted challenges confronting the youth in the country.

"The current generation of young people represent the majority of the population in Niger and is a dominant force now and in the decades to come. Government and other development actors need to involve young people in the design, programming and implementation of effective policies and strategies for youth that reflect our needs and aspirations" says Dr. Rachid Awal, Executive Secretary of the African Youth and Adolescent Network (AfriYan) in Niger, at the opening ceremony.

"We have the creativity, energy and problem-solving skills to help come up with solutions to some of the country’s greatest challenges. But we need support" he advocates.

Today, Niger has one of the fastest population growth rate in the world (3.9% p.a.), and the youngest population structure with a median population age of 15. Rapid population growth creates a high demand for public investments in health and education and raises the issue of the place and role of young people in Niger’s society.

The issue of youths’ insertion in the labour market and ability to engage in entrepreneurial initiatives is particularly acute since half of the youth are estimated to be underemployed in the country (ENISED 2015).

"The education system is sometimes struggling to prepare young people with skills which are adapted to the local context. Additional efforts need to be made to foster youth-led entrepreneurship and empower a generation of young people to fully engage as part of their societies" says Rahinatou Souna Moussa, young entrepreneur.

"Youth-led micro and small enterprises are vital in countries like Niger with limited formal employment and in context where there is insufficient job creation in the market."

In Niger, around 500,000 youth are entering the labour market each year. Job opportunities are influenced by labour market imbalances and skills mismatches, which pose a threat not only to young workers themselves, but also to national economy and social cohesion. Young people’s unemployment and poor-quality jobs have negative long-term consequences for young workers themselves as well as society at large.

"Young women in particular continue to face multiple barriers to entering employment, including cultural and social restrictions on the types of jobs deemed appropriate to them; and there is a segregation between young women and men" says Nafissa Ide Sadou, from the "Femme, Action et Développement” NGO. "Also, for thousands of children in Niger, childhood is cut short by marriage."

Recognizing the burgeoning youth population in the country and the necessity to implement new approaches to solving existing problem, the Government renewed its commitment to supporting youth on this occasion.

"Investments in youth can accelerate progress towards a prosperous and sustainable future. We will support young people with relevant and future-proof skills, connect them to entrepreneurship and employment opportunities, and support them as they change our world for themselves and for us all" says M. Gado Sabo Moctar, Niger Minister of Youth Entrepreneurship.

On behalf of the United Nations System in Niger, Mrs. Louise Aubin, UN Resident Coordinator, committed to foster partnerships and alliances around youth in Niger to help them achieve their goals. "When young people are prepared, and empowered, they can use their energy, creativity and talent to turn an uncertain landscape into a world of opportunity – for themselves and us all" she says. 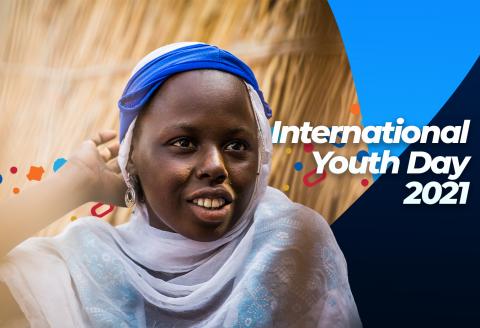 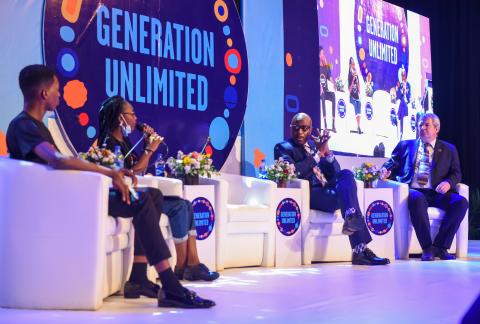 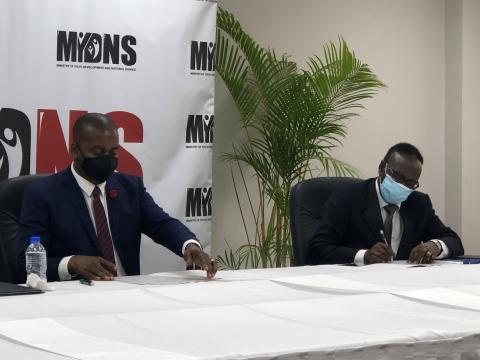 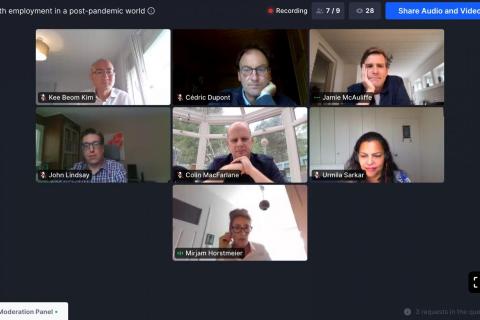 Connecting Young People to Jobs of the Future

How can we influence systems to positively impact the future of work for youth?