The Joint Thriving Sahel Fund partners announce US $1.6 billion for the Sahel Region

A historic US $1.6 billion over five years (2022-2027) will support the development and resilience of the Sahelian countries.

This multi-year commitment, with an initial disbursement of operational seed funds amounting toUS$ 10 millionwill be channeled through the United Nations Secretariat, in liaison with United Nations Agencies, Funds, Programmes (AFPs) and UN Country Teams (UNCTs) in the ten Sahel countries under the overarching framework of the United Nations Integrated Strategy for the Sahel (UNISS).

The UNISS is the roadmap of the international response to the Sahelas recognized by the United Nations Security Council through its Resolution 2391 (2017). The Sahel is endowed with abundant human, cultural and natural capital and offers tremendous potential for rapid growth and inclusive, sustainable development of the region. Under the leadership of Abdoulaye Mar Dieye, United Nations Under-Secretary-General and Special Coordinator for development in the Sahel, the amount of US$ 120 million will be released by 2022 to advance the implementation of the UNISS and the UN Support Plan for the Sahel.

With funding to be distributed across all ten countries under the UNISS, 40% of the development and stabilization investment will contribute to implement activities under the following five pillars of work: (1) Higher education infrastructure, development for youth and resilience in cross border areas, (2) Socioeconomic and financial inclusion and empowerment of youth, (3) Private sector development, (4) Women’s economic empowerment and (5) Early childhood development.

The Fund will contribute to scaling up important activities to empower young people such as the Generation Unlimited Initiative in the Sahel (#GenUSahel), recognizing the importance and role of the Sahelian youth and providing them with the right tools, expertise, resources to get access to adequate opportunities and unleash their potential, thus contributing to the development and prosperity of their countries and region.

Moreover, the Arab Gulf Programme for Development has announced full support of the UNISS implementation under the auspices of the Office of the Under-Secretary-General. The President of AGFUND, His Royal Highness Prince Abdul Aziz bin Talal bin Abdul Aziz stated that “As AGFUND has surged all hands on deck since the outbreak of COVID-19, today we come together for a substantiate investment in up-scaling Sahel’s digitalization capabilities, financing infrastructure and supporting the establishment of an enabling environment where youth and women in the Sahel will be able to shape their own future, the future they aspire to achieve”.

Mr. Abdoulaye Mar Dieye, UN Under-Secretary-General and Special Coordinator for development in the Sahel stated that “Today’s declaration brings a well-grounded optimism where committed development partners join hands to support the development aspirations, reshaping the narrative of the Sahel – identifying new paths for the people of Sahel to thrive and change their own future.”

“There is no better time than now for unity of purpose and well-resourced investments to transform the lives of the people of the Sahel through sustainable and inclusive development while ensuring dignity and human rights of all the people of Sahel,” he adds.

“Sahel is living an unquestionable moment of choice, in which there is no room for skepticism and delays. It is high time to pursue our common goals, and we must each play our part, responsibly and without hesitation. With governments of the Sahel countries, private sector, and civil society, BADEA believes that the “Thriving Sahel Fund” will have a positive impact on the lives in the Sahel Region,” says Dr. Sidi Ould Tah, Director General of the Arab Bank for Economic Development in Africa (BADEA). 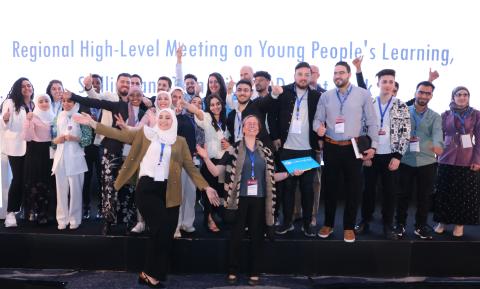 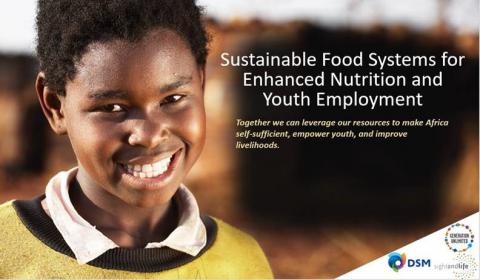 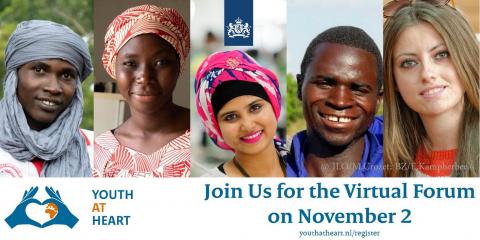