Seeking to create affordable solutions for people with disabilities, Global GenU winning team eBionics developed a 3D-printed bionic arm which allows anyone to print and assemble it themselves.

Skopje, North Macedonia – Somewhere in downtown Skopje, amid the purring of engines and honking of sirens, 17-year-old Boris meanders the many streets and alleys of the city to make his way into an inconspicuous building not far from the plaza. He steps into a small makeshift workshop lined with shelves full of odd machines, wrenches, screwdrivers, crates and canisters with labels of all kinds. Joining three other teenagers, he sits in front of a 3D printer. It is printing a prosthetic arm.

One glance suffices to realise that Boris and his friends are not just high-school students. They are also remarkable innovators with a zeal and fervor about their work that is contagious.

“People look differently at young innovators like us—they don’t believe that we are capable of creating impactful innovations that help people at large,” says Boris. “But we like to think differently.”

Driven by a deep desire to create affordable solutions for people with disabilities, 17-year-old Boris Nocheski, 17-year-old Anamaria Ilieva, 16-year-old Teo Kitanovski, and 17-year-old Orhan Bahashov are using 3D printing technology to create a user-friendly bionic arm that is 1/30th of the price of existing prosthetics. And it can “grow” with children!

Globally, millions of people suffer from upper limb deficiencies, which can affect physical and mental health and inhibit people from leading productive lives. Prosthetic arms and artificial limbs can vastly improve the ability of people living with upper limb disabilities to be independent and engage in daily activities. But prosthetic limbs are expensive, need to be routinely replaced because of wear and tear, and are therefore out of reach for millions of people across the globe.

“Currently-available bionic arms are inaccessible—they cost thousands of dollars, can only be bought in a few developed countries, and must be continuously changed if you’re a young person, as your body is constantly growing,” says Boris, who is the co-founder of eBionics. “We believe that these problems can be solved by approaching the [bionic arm] technology differently.”

The eBionics ‘VenusArm’ is 30 times cheaper than the second cheapest bionic arm in the market. This is because Boris and his team do not charge for shipping or labor, or pay profits to suppliers. The VenusArm, Boris explains passionately, allows anyone with access to a 3D printer to print the bionic arm themselves within just a short hour, using the instructions made available on the eBionics website. The team have also provided options to purchase the individual parts from third-party sellers to assemble the arm themselves.

“Our VenusArm is entirely 3D printed and uses muscle sensors to allow for flexible movement that helps the user in everyday life,” says Boris, explaining that they also used an impression mold to create a universal socket, which means it will fit anyone, even growing children. “We want to make sure that people can get a fully functional bionic arm that is both affordable and available for everyone, regardless of where you are from.”

Bionic arms pick up signals from the user around the same muscles (typically below the elbow) used to move a biological hand. Specially designed sensors pick up electric signals and use these to create hand movement relative to the electrical signal.

In a video, trying the bionic arm for the first time, a young woman from North Macedonia said, “Even on the first day, after only thirty minutes of wearing it, I started feeling it as part of my body.” The young woman is shown using the bionic arm to operate a sewing machine and even to drive a car, stating that she feels like she is in “complete control, now that she has the arm”.

From inception to incubation through Generation Unlimited

The youngsters behind ‘eBionics’ developed the blueprint of the bionic arm—dubbed VenusArm—at the global Generation Unlimited Youth Challenge which took place in 36 countries, encouraging young people to design entrepreneurial solutions to social challenges.

The Youth Challenge is a true example of a multi-sector partnership initiative—engaging the private sector in mentorship, youth-led organizations in grass-roots outreach, young people in co-creating solutions, and governments in the judging process.

A few months after winning the local competition, eBionics was crowned a global Generation Unlimited Winner—just one of 8 teams across the world to receive further funding of up to $15,000, along with a tailored global incubation programme which is coordinated globally by UNICEF’s Office of Innovation, working with GenU partners and Country Offices.

“Step by step, we are getting closer to our goal—creating value for all people around the world, especially those who need it most” says Boris. “Every idea can bе accomplished if you work hard on it, with the right people around you. Steve Jobs once said that the people who are crazy enough to think they can change the world are the ones who do. Throughout our whole experience, we were motivated by this quote and we believe that other talented young people also should!”

“We feel that our story won’t be complete without thanking UNICEF and Foundation Telekom for Macedonia, the supporters of the Generation Unlimited Youth Challenge in North Macedonia, as well as  SmartUp - Social Innovation Lab, the implementers of the challenge. Without their help it would've been much harder to succeed,” says Boris.

EBionics’ vision is to create a user-generated sustainable and altruistic social enterprise with a worldwide community of makers, contributors and supporters, third-party partners, and most importantly, a business that provides affordable and reliable 3D printed bionic arms. 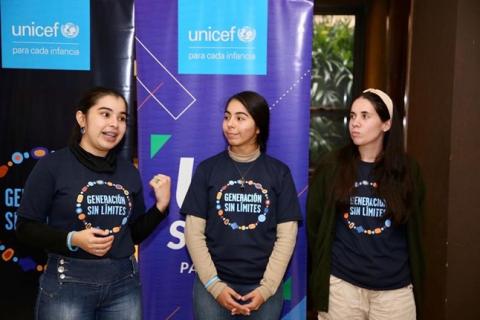 A process co-designed, co-created and co-led by youth entrepreneurs has footprint in more than 60 countries 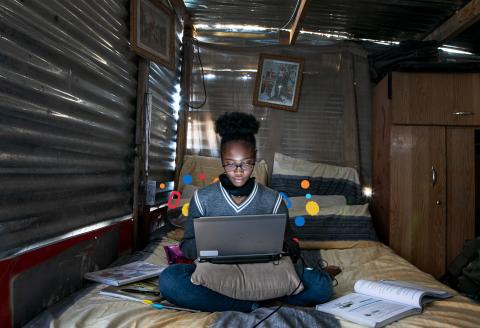 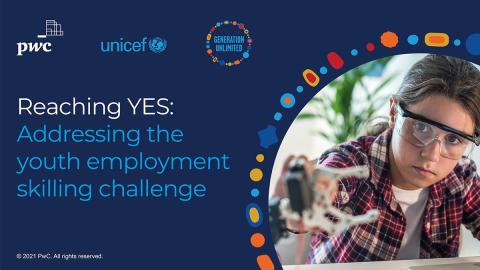 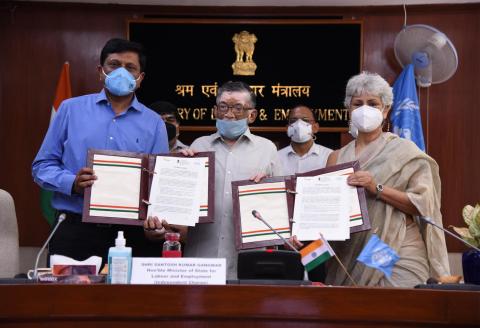