Growing up in Mathare isn’t easy. Home to roughly 500,000 people who live in small shanties made of old metal sheets and mud, this collection of sprawling informal settlements in Nairobi, Kenya, is known for its gang violence.

As many as one in three adults here is HIV positive, most are unemployed and everyone is desperately poor.

Against this difficult backdrop, a group of remarkable young social change-makers saw an opportunity to design entrepreneurial solutions for the good of the community.

Amid the waste piled up along the winding streets of the settlement, Calvin Shikuku, Nancy Wanja, and Edwin Odhiambo formed the Green Project Initiative (GPI), and began to collect household waste to produce organic briquettes. The briquettes are burned to cook meals and are a fraction of the price of conventional fuel.

“Nothing motivates humans like discomfort,” says Edwin Odhiambo, 24, one of the founders of GPI who says that when he was growing up in Mathare he often skipped meals because his family couldn’t afford to buy enough food.

With a keen understanding of the daily struggle to survive, Odhiambo and his friends at GPI wanted to engage unemployed youth by empowering them to create clean, affordable energy or their community.

Odhiambo says young people in Kenya have limited means to find gainful employment, particularly now with the pandemic. “The team was concerned with the rise of unemployment, which has led to a rise in crime, especially within informal settlements.”

GPI provides clean, affordable, accessible, and reliable energy to slum-dwellers by producing briquettes from organic waste. The youngsters make the briquettes by collecting combustible waste materials from across the slum, which they then compact and mold into convenient shapes that you can burn. The project engages young people every step of the way, particularly in waste sorting, which brings them extra income.

The raw materials are obtained from households and schools, especially through community clean-ups. Not only does GPI clean up the streets, but it also reduces dependence on fossil fuel, contributing toward the global fight against climate change.

It was this commitment to helping both their local and global communities that lead GPI to the Generation Unlimited Youth Challenge.

Bringing the Green Project Initiative to life through Generation Unlimited

The Generation Unlimited Youth Challenge calls on young innovators to design solutions to improve education, employment, and civic engagement. It also acts as a catalyst for young people with brilliant ideas, but without the resources to bring them to life.

Back in Mathare, the team at GPI learned of the challenge through a WhatsApp group they belong to. The team submitted their application and were excited to emerge among a few teams from Kenya to be invited to take part.

They were given access to GenU Bootcamps where they learned about the “design thinking process,” a non-linear, iterative process that teams use to challenge assumptions, redefine problems and create innovative solutions.

Using design thinking and learning other skills such as public speaking and time management, the youngsters behind GPI were able to refine their organic briquettes concept even further.

“The boot camp was impactful. The design thinking process is what stood out for me. It enabled us to refine what we were doing and come up with a specific, realistic and obtainable idea,” says Odhiambo. “Getting to pitch your ideas and learning from other people's ideas was also great and fun.”

As GPI reached out to informal waste collectors, households, and businesses, the pandemic unfolded, and lockdowns slowed the venture’s progress. Calvin Shikuku, GPI’s team lead says that  COVID-19 highlighted the need for affordable cooking fuels as people had lost their livelihoods and couldn’t afford to buy expensive fossil fuels.

Despite the difficulties, the GPI team persisted. Workshops were held virtually, mentorship continued online and their concept became a reality as GPI emerged as a winner of the youth challenge in the employment and entrepreneurship category.

Now, by providing cheap briquettes to underserved families who spend a significant amount of money to meet their energy needs, the initiative will contribute to eradicating extreme poverty. Schools will also be able to run their feeding programs more effectively by utilizing the cheap briquettes.

“Being crowned as a global winner was an encouragement that we should never give up because whatever little thing you do always accumulates to something worthwhile,” says another GPI member, Nancy Wanja.

As a winner, Generation Unlimited provided GPI with seed funding to give the team a head start to enable them to focus on advocacy, forging partnerships with stakeholders in the government and private sector, and ultimately help them make their concept a success.

“We have plans to scale up,” says Shikuku, “We want communities all over the world to adopt this idea because it is a people-led development approach that will guarantee sustainability and long-term impact.”

“This is an opportunity for the youth to take lead, especially as the globe is coming up with a coronavirus recovery strategy. We are ready to bring as many people as possible on board and advocate for more youth-led solutions to major problems facing our communities.” 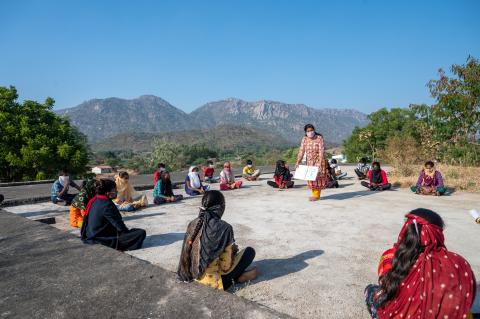 PwC India announces collaboration with UNICEF and YuWaah! to bridge digital gap and help upskill 300 million youth in India over the next 10 years 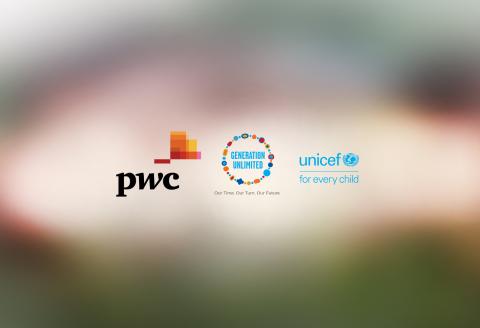 PwC and UNICEF, in support of Generation Unlimited, to boost youth skills and work mentorship opportunities in South Africa 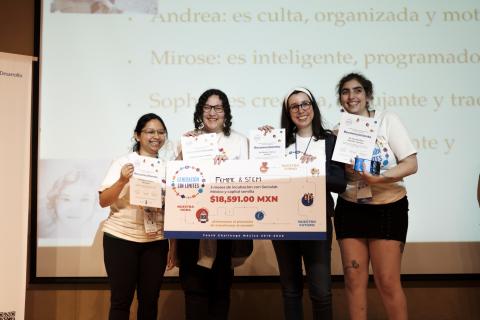 Andrea, Carmen, Miroslava, and Sophie have created a venture to boost quality learning in science and technology fields. 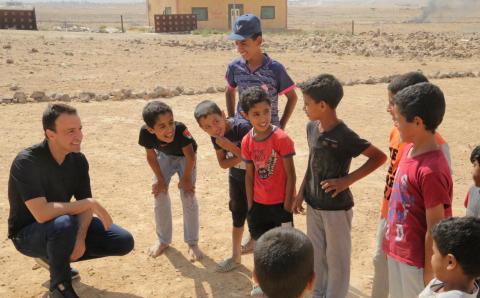 We sat down with Kevin and got to know more about who he is and what his plans are for GenU!